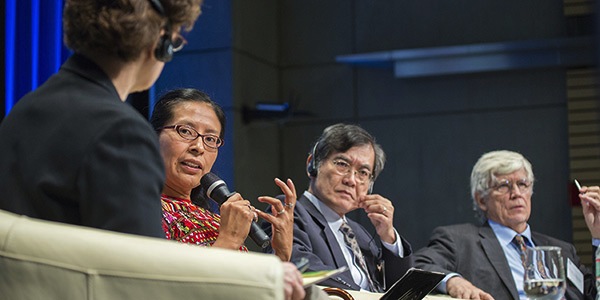 Countries keep a close watch on their national income accounts to evaluate economic performance. But traditional indicators like GDP (gross domestic product) say nothing about the longer term economic, social, or environmental sustainability of current growth patterns. A World Bank–led partnership, the Wealth Accounting and the Valuation of Ecosystem Services (WAVES) partnership, is helping countries move beyond traditional GDP focus to start incorporating wealth, including natural capital, into their national accounts.

The message on the opening day of the Fourth Annual WAVES Partnership Meeting (agenda and presentations) is that natural capital accounting (NCA) is informing new policy and long-term development planning, and that finance and planning ministers are listening. WAVES works to implement NCA, create a global community of practice for sharing lessons learned and promote a better understanding of NCA.

The partnership meeting, held May 14–15, 2014 at the World Bank headquarters in Washington, D.C., was attended by over 160 people from 22 countries, and included representatives from dozens of international organizations, technical experts, donors, UN agencies, civil society, and think tanks. A globally-webcast discussion titled “Going #BeyondGDP: Making Natural Capital Count for Development” kicked off the meeting and engaged over 1.2 million people on social media. Several countries highlighted how they are implementing NCA in their countries to gather evidence for designing policies.

A Central Component of Sustainable Development

“Natural capital, and especially renewable natural capital… needs to be seen as the most central element in long-term sustainable development. Not one of many considerations, not a side-show, but the most important central component,” said Conservation International President Russ Mittermeier.

Examples from Guatemala to Indonesia show that WAVES is making a difference in decision-making and that with the knowledge, communications and accurate use of NCA, there is increasing political buy-in and institutionalization.

“Countries are using these tools and instruments in practical reality,” said Juergen Voegele, director of Agriculture and Environmental Services at the World Bank. “Now is the time to take what we know, bring it in front of parliaments and finance ministers and do what it takes to have them change how they account for their natural resources.”

Voegele confirmed the World Bank’s commitment to natural capital accounting to help achieve the Bank’s twin goals of ending poverty and boosting shared prosperity because “when natural resources are overextended, the poor suffer the most.” 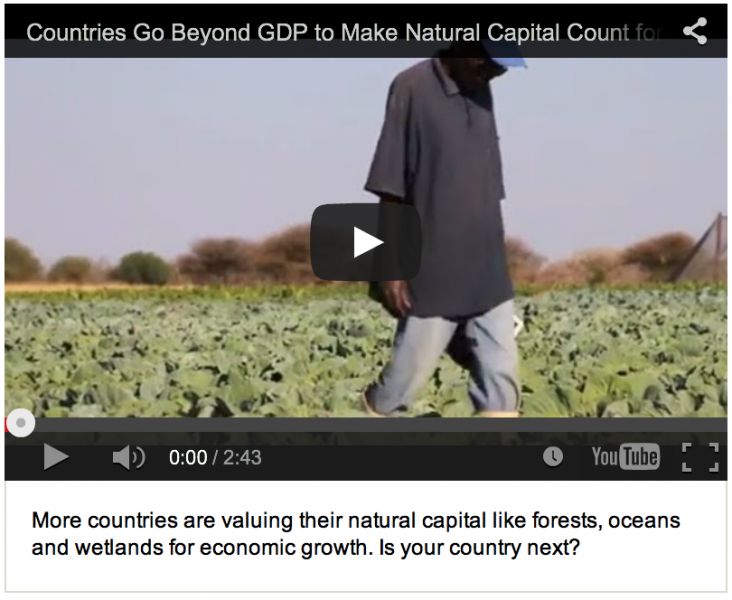 In the Philippines, one of WAVES’ eight core implementing countries, NCA is taking hold. “Governments and the private sector are being challenged to incorporate NCA into development planning,” said Emmanuel F. Esguerra, Deputy Director General of the Philippines National Economic and Development Authority. “Now we have the resources to build capacity.”

Esguerra said important lessons that have come out of NCA are the need for strong government ownership, the early involvement of stakeholders and strong collaboration with experts and partners. He said the path to making NCA the "new normal" would not be a straight line because the challenges are different in every country.

Many other country examples were presented to a packed auditorium on the opening day of the partnership meeting. For example:

In his first public address, Madagascar’s incoming Minister of Economy and Planning, Herilanto Raveloharison, committed to make NCA a priority and that WAVES would be instrumental in the country’s development plan and fight against poverty.

“In Colombia, we look at accounts as a tool rather than an end in itself. They give more political power to Colombia’s natural capital at a critical point in time when we are losing 3.5% of GDP to environmental degradation. This is a red flag,” said Neider Eduardo Abello Aldana, head of the Green and Sustainable Business Office within Colombia's Ministry of Environment.

Other topics discussed at the meeting included: the role of the private sector in NCA, how NCA can contribute to the Aichi Biodiversity Targets, and how international organizations help countries go beyond GDP.

WAVES plans to increase the number of core implementing countries while raising awareness globally on the concept of looking “beyond GDP” for a more complete picture of growth and well-being. WAVES also partners with UN agencies—UNEP, UNDP, and the UN Statistical Commission—that are helping to implement natural capital accounting.