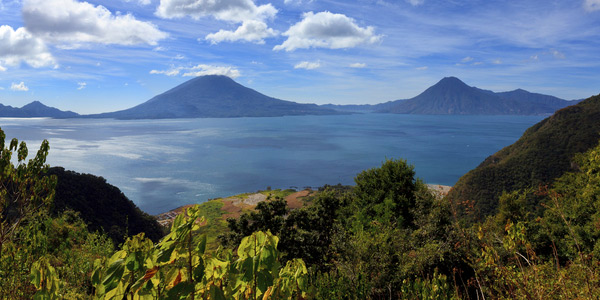 The mountainous Central American country of Guatemala, sandwiched between the Pacific Ocean and the Caribbean Sea, has an abundance of biodiversity and natural resources such as water from rivers and lakes, minerals, tropical forests and fertile soil for agriculture.

As one of the latest countries to join the Wealth Accounting and the Valuation of Ecosystem Services (WAVES) global partnership, Guatemala aims to better understand the real contribution of natural capital so that it can be integrated into policy and planning.

Substantial work has already been completed on Natural Capital Accounting (NCA) in Guatemala. Starting in 2006, the University of Rafael Landivar initiated a public-private-academic partnership funded by the Dutch Government within the context of the United Nation’s System of Environmental-Economic Accounts (SEEA), which provides an internationally-agreed method, on par with the current System of National Accounts, to account for material natural resources like minerals, timber and fisheries in a country’s economic accounts.
Natural Capital Accounts were constructed for forests, water, energy and emissions, groundwater resources, fisheries, land and ecosystems, and environmental spending. Findings from 2001-2006 were published and Guatemalan researchers are now in the process of publishing a second edition that will cover 2001-2010.
What were some of the main findings of the accounts?

Despite the progress made in developing methodologies for NCA and the results from the published accounts, NCA still faces challenges in permeating institutions and key stakeholders to ensure the accounts will be managed and used in a sustainable manner. The WAVES project can help the country ensure the data will inform dialogue and decision making.

WAVES Guatemala will be partnering with the Bank of Guatemala (BANGUAT), the Secretariat of Planning and Programming of the President (SEGEPLAN), the National Institute of Statistics (INE), the Ministry of Environment and Natural Resources (MARN), and other public and private entities.
The first WAVES Guatemala Steering Committee meeting was held in October 2013, and the committee plans to meet regularly to determine the work plan and decide which accounts to further develop.
Guatemala joins Colombia and Costa Rica as core WAVES countries in the Latin America and Caribbean (LAC) region.
Other core implementing countries include Botswana, Madagascar and the Philippines and newcomers Rwanda and Indonesia, bringing the current total to eight.