Planet REBOOT: An opportunity to reshape the world after COVID-19
Feature 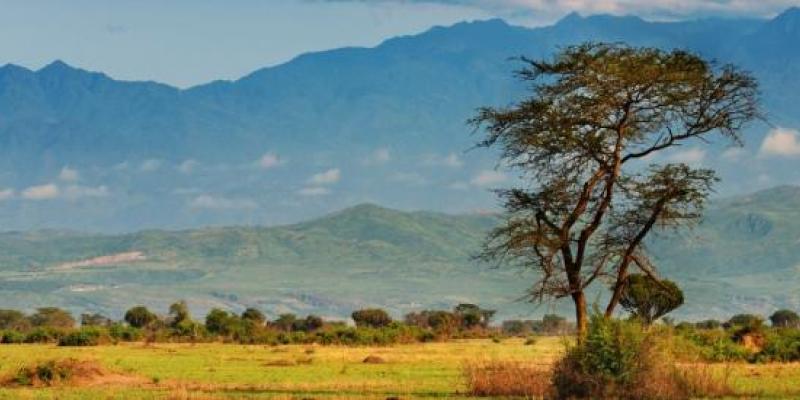 Planes are grounded, streets are eerily empty, while schools, factories and businesses deemed non-essential are closed. With more than a third of the planet’s population locked down because of the deadly coronavirus, there is a disquieting hush across the world.  Over 2.4 million cases of the virus have been recorded worldwide, and the death toll so far is at least 165,000. The economic fallout is unfathomable, and much of the world is closed for business.
Over the last century, our species has increasingly dominated the earth, expanding, developing, growing … but also polluting and depleting our non-renewable resources, creating irreversible losses in biodiversity along with deforestation and land degradation, all exacerbated by climate change.  The health of our planet and human health are strongly connected, a linkage that has become abundantly clear from the COVID-19 pandemic.  Humans are encroaching on animal habitats, using land for purposes such as agriculture, mining and for ever-growing cities. This means that natural buffer zones distancing humans from animals are destroyed, making it easier for pathogens to move from wild animals to people. In fact, three out of four emerging infectious diseases in humans, including SARS and Ebola, are zoonotic (transferred from animals to humans). COVID-19 itself potentially originated from illegal trade of the endangered pangolin which was infected with the coronavirus transferred via bats. This wildlife link highlights the urgency of addressing the illegal wildlife trade, which is estimated to be the fourth largest illegal crime after drugs, counterfeits and human trafficking.
Despite all this gloomy news, the planet now has a chance to reboot. Places with higher air pollution have recorded more COVID-19 cases, according to a study by Harvard University.  Another study looked at the correlation between SARS and atmospheric pollution in northern Italy and found evidence that people living in areas with high levels of pollutants were more prone to develop chronic respiratory conditions and therefore susceptibility to SARS. If there is any silver lining to the misery caused by coronavirus, the slowdown in human activities seems to be improving air quality in many places. Recent satellite pictures have shown dramatic images of improved air quality in China and Italy during the shutdowns. In Jalandhar, India, the Dhauladhar mountain range of Himachal has become visible after 30 years with the drop in pollution. Videos are popping up of animal, bird and fish species reclaiming their space. From endangered turtles hatching on deserted Brazilian beaches, to wild goats taking over a Welsh town and wild boars strolling through one in Catalonia, Spain, there are also pandas in Hong Kong mating for the first time in 10 years, after their zoo closed to the public.
For decades now, volumes of scientific reports and consistent evidence has pointed to human populations pushing against the carrying capacity of the planet. While some progress has been made through government actions, environmentally conscious corporations, and motivated communities, it is not enough.
But as countries rebuild their shattered economies, there is an opportunity to build back better and live in a more sustainable, “greener” way.  The stimulus packages that will be rolled out by governments and development institutions should boost the economy, support people and communities while also resulting in good environmental outcomes. This can be done by reducing carbon emissions, conserving biodiversity, and protecting the ecosystem services that underpin a country’s prosperity and resilience to shocks like pandemics. In fact, many people around the world depend directly on healthy natural resources and functioning ecosystems which are their safety nets, providing food from their fields, fodder for their animals, wood from forests and water from their rivers and groundwater resources.
There are other ways we can live more sustainable lives.  Let’s adjust our behavior to flatten the exponential growth of single-use plastics and make a real effort towards recycling and circular economy initiatives. There is currently a spike in single-use plastics because of the coronavirus, but this increase in demand is hopefully temporary. How about also flattening the curve of deforestation, ocean degradation and habitat destruction towards more nature-based and conservation-compatible solutions?
The World Bank can help our client countries with labor-intensive activities, which help people now, and that focus on enhancing natural assets, including the restoration of forests, mangroves and seagrass beds. A similar approach was taken during the Great Depression in the United States, when the New Deal saw heavy use of Civilian Conservation Corps workers in national forests and parks. Given that rural workers are usually more “socially distanced” than urban workers, these activities can start earlier than other recovery measures. Importantly, investments in community-led soil and land restoration have additional long-term benefits for impacted communities by enhancing productivity and income opportunities, thereby helping today for a more sustainable tomorrow.
Today, as the world celebrates the 50th Earth Day, let’s help the planet reboot  by making investments in fresher air, cleaner waters, less waste, more natural habitats and a stable climate.
Source:
Planet REBOOT: An opportunity to reshape the world after COVID-19
Tags:
biodiversity
climate change
ecosystems
environment
fisheries
forests
green economy
natural disasters
natural resources