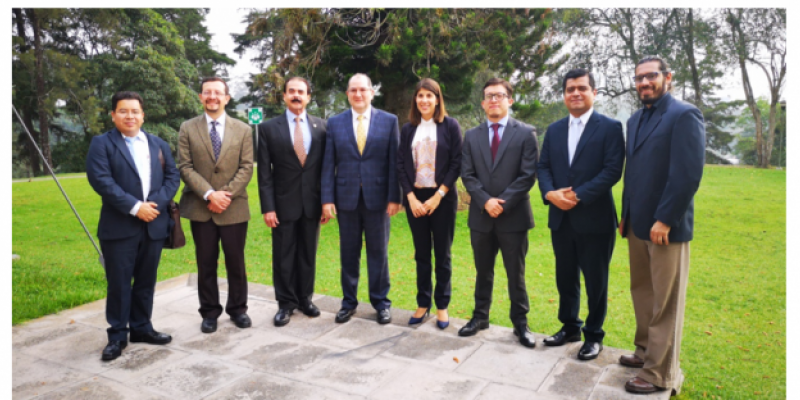 In June, Guatemala held an event at Rafael Landívar University to mark the conclusion of their work with WAVES. The event was attended by over 100 guests including senior officials such as the Vice Minister of Finance, the Undersecretary of Planning, Vice minister of Environment, as well as representatives of various government agencies, academia, NGO/CSOs, private sector and media.
Guatemala has a long history of developing SEEA-compliant Natural Capital Accounts (NCA) using a public-academic partnership with Rafael Landívar University. WAVES filled some of the gaps, allowing NCA to further advance in the country. The WAVES partnership enabled Guatemala to update and publish accounts on forest, fisheries and aquaculture, energy and emissions, ecosystems, and environmental-agriculture.
Presenting the accounts, Jaime Carrera, Deputy Director of IARNA explained, “These accounts contain a set of indicators and data that show the importance of environment for the economy and for growth in the country.” The accounts were ]developed in collaboration with the Ministry of Finance (MINFIN), Secretariat of Planning and Programming of the Presidency (SEGEPLAN), the Ministry of Environment and Natural Resources (MARN), the Central Bank of Guatemala (BANGUAT), the National Statistics Institute (INE), and the Institute of Agriculture, Natural Resources and Environment (IARNA) of the Rafael Landívar University.
In his opening speech, José Estuardo Juárez, the Vice Minister of Transparency of the Ministry of Finance acknowledged that Guatemala is exposed to multiple threats of extreme weather caused by climate change which have significant impacts on the country and particularly on the poorest population. He said that efforts are being made to deal with the risks of climate change. “Our main objective is to strengthen the economic and fiscal impact of the country and its capacity to respond to disaster risks.” said Juarez.
The accounts have informed several key policies in the country. Ecosystem accounts have informed the ongoing policy dialogue related to the National Biodiversity Policy and the broader regional agenda related to the Mesoamerican Corridor initiative.  The ecosystem extent and condition accounts provided inputs for a modelling exercise for climate change scenarios used in the Climate Change Strategy.  The accounts provided the baseline data for predicting changes in ecosystems by 2050 and 2080.
WAVES work in Guatemala has also informed several government documents and indicators ranging from the national Tax Policy, the State of the Environment report, and the Climate Change Knowledge Assessment.
In his remarks, the Undersecretary of Planning and Programming for Development (SEGEPLAN) Luis Ovando said, “To plan you must have data. The objective of this project was that the System of Environmental and Economic Accounting –SCAE- will be a fundamental input for development planning.”
Following the conclusion of Guatemala’s work with WAVES, the Institute of Statistics (INE) has committed to updating and producing accounts on par with the official statistics of the country. In a recent development, the government has assigned the Forest Institute to work on forest accounts.
Country:
Guatemala
Source:
Guatemala graduates from the WAVES Program
Tags:
accounts
energy
fisheries
forests
Guatemala