Realising the value of accounting for the forests of the Victorian Central Highlands, Australia 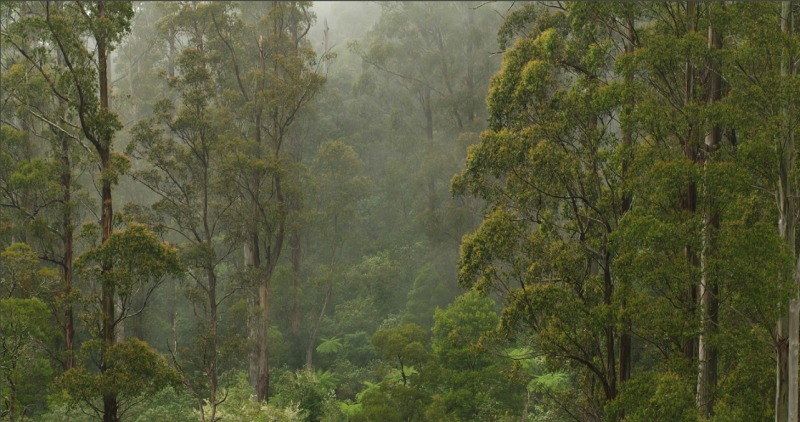 The Mountain Ash forest in the Shanassy catchment of Victoria, Australia, is the most carbon-dense type of forest in the world. (Photo: David Blair)

The Central Highlands region of Australia is primarily forested land, home to species like the faunal emblem of the Victorian state - the critically endangered Leadbeater’s Possum – as well as the world’s tallest flowering plant, a gum tree called Mountain Ash. The area provides practically all the water for Melbourne - the capital of Victoria and, with 4.4 million people, the second biggest city in Australia. The Central highlands also provide water for irrigating crops, and supports tourism, as well as a small timber industry that uses both native forests and plantations. 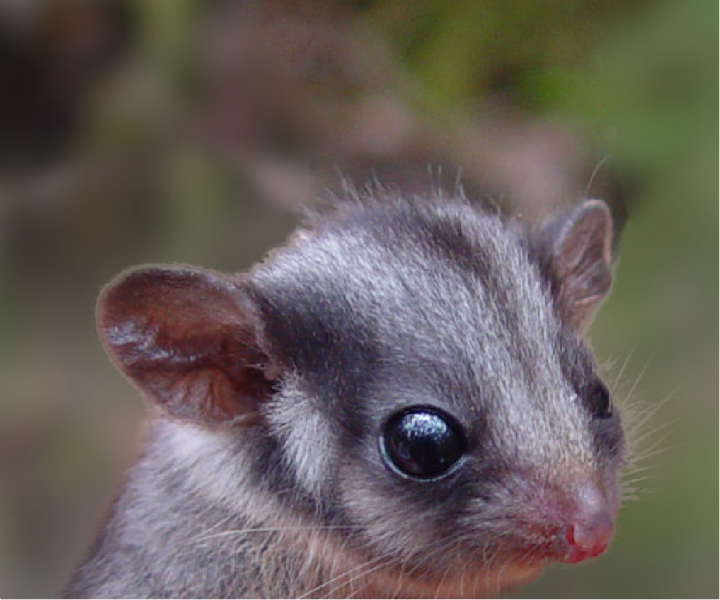 The Leadbeater’s Possum was once thought to be extinct, but was rediscovered in 1961 and became Victoria's faunal emblem.
(Photo: Dan Harley)

Under "the Great Forest National Park" proposal, however, harvesting of wood from native forests in the Central Highlands would effectively end, although timber production could continue in plantations. The proposal was put forward ahead of renegotiation of the Central Highlands Regional Forest Agreement, due for renewal in 2018. These agreements are made between the national and state governments, and provide a 20-year framework for forest management.

What might be the consequences of a new forest agreement? To provide data for the decision makers in government as well as for the public and business community, academics from the Australian National University Fenner School of Environment and Society worked together to produce a suite of environmental accounts. The work built on more than 30 years of research by Professor David Lindenmayer and was led by Dr Heather Keith, an ecologist with expertise in climate change and carbon sequestration. Dr Michael Vardon provided expertise on the System of Environmental-Economic Accounting (SEEA), while still other team members supplied know-how in hydrology and geographic information systems. Funding for the work came from Fujitsu Laboratories Ltd, Japan, and the National Environmental Science Programme of the Australian Department of the Environment and Energy.

“We had a mountain of data on forests, wildlife, water and carbon, but we did not know how to organise it so that decision makers could see the trade-offs being made,” explained Professor Lindenmayer. “Accounting was new and seemed like a good way of arranging information. I was keen to test it and see if it could break through some of the polarised positions.”

After some 15 months of work, a first set of accounts was published in June 2016. With inputs from Victorian Government officials and national and international accounting experts, final accounts, supporting material, summary report and a factsheet were published in August 2017, followed by an article in Nature Ecology & Evolution.

Accounts were produced for land, water, carbon, timber, agriculture, tourism, biodiversity, and five ecosystem services, covering both the physical and economic aspects of the region. They showed that while 35% of the land (260,600 ha) was dedicated to wood production from native forests, the economic value of this was only AUD$12 million. By comparison, the water supply industry value added came to AUD$310 million and tourism amounted to AUD$260 million. The value added of wood production from plantation forests was AUD$30 million – and this was produced on just 36,300 ha, or 14% of the area used by native forestry.

“The project was a learning process and we needed a blend skills and knowledge to complete the accounts and their analysis,” said Dr Heather Keith. “The next set of accounts should be a lot easier.”

The final accounts have only just been released but their impact is already being felt. Professor Lindenmayer was interviewed on national radio along with the Victoria Minister of Environment, The Honourable Lily D’Ambrosio MP.

“The Minister clearly appreciated the work and was asking the right questions,” Professor Lindenmayer said. “She understood the different economic values and the tourism opportunities that a new national park would create. In the end, the key question was and remains: is the critically endangered Leadbeater’s Possum worth the loss of the AUD$12 million from native forest timber harvesting? For me the answer is obviously yes, especially when the value of other ecosystems will increase by more than this. The issue is political, and while the accounts have made the trade-off explicit, a tough decision still has to be made.” 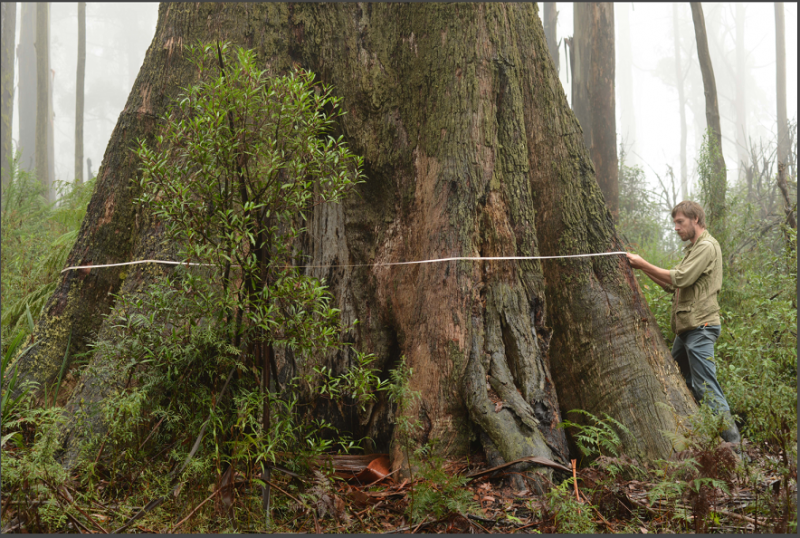 Australia's Mountain Ash is one of the tallest-growing trees in the world.
(Photo: David Blair)

Dr. Keith added, “The accounting approach has helped enormously. It helps show what can be gained and lost in economic values from different land uses. In this case, entering the carbon market could replace the money from native timber harvesting if the right regulatory framework was in place."

She noted, "In addition, the accounts make it clear that some things can be replaced easily while others cannot. Most of the timber from the native forest is used by a pulp and paper mill. Ready alternative products exist in the form of de-inked newsprint, recycled paper and plantation timber, so while ceasing native forest logging may increase costs of product supply, the production of paper can continue.”

The team will continue to promote the Central Highlands accounts, providing, among other things, a paper for the upcoming 2nd Natural Capital Accounting Policy Forum and key learnings for the joint ABS-ANU course Introduction to Environmental Accounting.

These accounts are a significant technical achievement, but more importantly, they show how people from different backgrounds can come together to produce accounts to inform public debate and shed light on specific decisions.