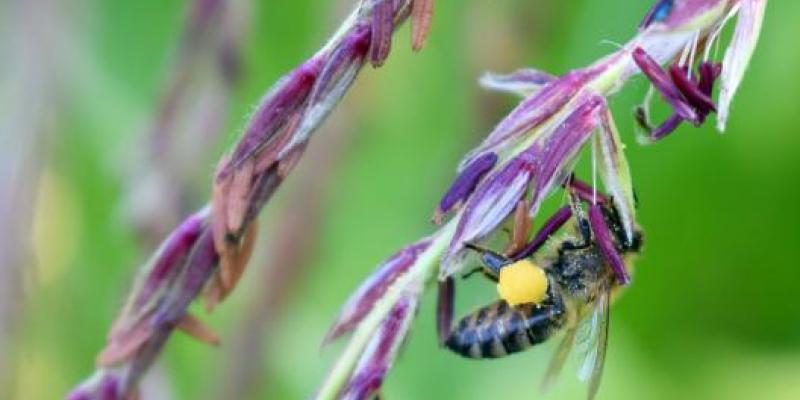 In  June 2020, thousands of leaders and decision-makers from government, civil society, indigenous peoples, business, and academia will come together for the  IUCN World Conservation Congress  in Marseille, France. The IUCN WCC is the world’s largest conservation event and its relevance cannot be overstated: its decisions shape worldwide conservation and sustainable development agendas for years to come. Indeed, discussions at this year’s gathering are expected to inform, among other things, the upcoming UN Convention on Biological Diversity Conference of the Parties (CoP15) in China.
In preparation for the congress, IUCN Members submit motions which, once voted and approved by the Congress Members’ Assembly become the body of IUCN’s general policy. An important motion submitted this year is “Accounting for Biodiversity: Encompassing Ecosystems, Species, and Genetic Diversity”. Sponsored by Conservation International, and many other partners, the motion seeks to encourage IUCN member countries to further develop biodiversity accounting approaches, as well as to support the derivation of indicators of biodiversity change. Just as importantly, the motion also urges IUCN member countries to support the implementation of the United Nations System of Environmental Economic Accounting (SEEA) Experimental Ecosystem Accounting (EEA) and to test and implement SEEA accounting for biodiversity.
The Accounting for Biodiversity motion reflects the growing momentum toward environmental economic accounting, with several regional and national efforts working toward mainstreaming of biodiversity and natural capital into their Systems of National Accounting (SNA). In addition to informing decision-making and planning as it relates to economic development, SEEA is also well-positioned to help drive the post-2020 Biodiversity framework and the implementation of the SDGs, given its integrated statistical framework.
Ultimately, this motion seeks to support and facilitate further development and implementation of the SEEA, by encouraging member countries to implement and further develop SEEA EEA and to further investigate how statistical and accounting approaches can more fully incorporate existing knowledge, and advances in biodiversity measurement.
The full motion can be accessed here and existing IUCN Members can log in to the Union Portal where they can access motions and provide comments. This motion, and many others, are currently open (December 2019 - March 2020) to online debate moderated by IUCN where members can provide input . We encourage all IUCN members – and particularly those interested or currently implementing the SEEA to provide inputs in support of the motion – a critically important step towards its approval. A substantial number of motions will be subject to an electronic vote by IUCN Members prior to the Congress (April - May 2020) while others will be brought for debate during the IUCN WCC.
For more information on the motion, please contact Rosimeiry Portela – rportela@conservation.org. For any queries on membership, please contact your regional membership focal point or the Membership Unit at membership@iucn.org.
Source:
https://www.wavespartnership.org/en/iucn-motion-supporting-natural-capital-accounting-biodiversity-0
Tags:
accounts
biodiversity