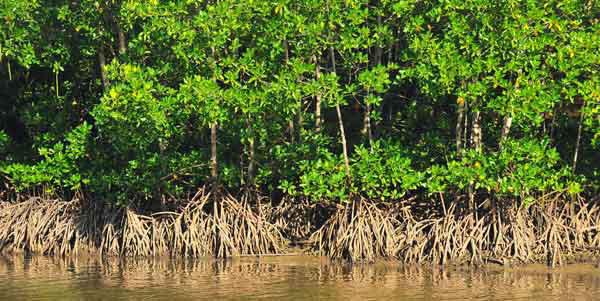 Botswana’s diamonds have sustained its economic growth for decades. Now, the country in southern Africa is looking to diversify its economy. Can its unique natural ecosystems provide a new stream of revenue and growth?

At the same time, biodiversity-rich Madagascar wants to know how to finance more than 60,000 square kilometers of protected areas. And the Philippines, worried that its fisheries and marine ecosystems may be threatened by climate change, wants to know the exact contribution that fisheries make to its economy so it can improve overall management. 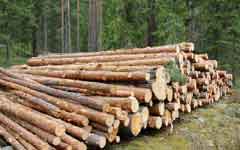 The share of natural capital in total wealth for low-income countries.

These countries are looking for information that can help them make these kinds of critical decisions, and they are among the first in the world to take steps toward "natural capital accounting." The shift involves looking beyond the traditional indicator of growth, GDP, and finding ways to factor their natural assets into their systems of national accounting.

The idea of measuring the economic value of clean air, clean water, forests and other ecosystems has been around since the Earth Summit in Rio in 1992. However, it did not gain traction because of lack of widely agreed methods for putting monetary values to these services. A major step forward has been the recent adoption by the UN Statistical Commission of the System for Environmental and Economic Accounts (SEEA) of an internationally-agreed method to account for material natural resources like minerals, timber, and fisheries.

The implementation of the SEEA was the subject of intense discussion last week among representatives from several countries, NGOs, think tanks, academic and international organizations at the second meeting of Wealth Accounting and the Valuation of Ecosystem Services (WAVES). The global partnership, which World Bank President Robert B. Zoellick announced in Nagoya, Japan, in 2010, has been supporting a number of countries as they prepare to implement natural capital accounting based on the SEEA.

"Just as private companies look at assets and liabilities on their balance sheets, it’s in a country’s interests to ensure it’s keeping an eye on its assets – and that includes natural assets," said Mary Barton-Dock, director of the World Bank’s Environment Department.

Most countries follow the System of National Accounts (SNA) – the international standard for measuring national income and national wealth established by the UN Statistical Commission in the 1950s.

Natural capital accounting extends the SNA to include in particular, natural resources. It starts with commercial resources like land, forest, minerals, and energy as specified in the SEEA but also includes things that are not measured in markets and whose value and importance to the economy is not easily understood, such as clean water, habitats for fisheries, and wildlife or natural "infrastructure" like mangroves which protect countries’ coastlines.

The overarching concept for looking beyond current economic indicators is “wealth accounting” that includes manufactured capital and social and human capital as well as natural capital.

"Just as private companies look at assets and liabilities on their balance sheets, it's in a country's interests to ensure it's keeping an eye on its assets - and that indicates natural assets"

For low-income countries, natural capital makes up 36 percent of total wealth which heightens the need for support to implement the SEEA. Once countries are able to develop detailed accounts for water, land and forests, they can manage these scarce resources more sustainably.

At the three-day meeting in Washington, representatives from Botswana, Colombia, Costa Rica, Madagascar, and the Philippines presented their plans for implementing natural capital accounting. A number of these plans have already been endorsed at the highest levels of their governments.

"Mining and commodities are going to be big in Colombia,” said Carolina Urrutia, deputy technical director at the National Planning Department in Colombia. “We need to put information on the table for a dialogue with other sectors to make decisions about land-use, where to put our resources and how to treat strategic ecosystem services, as they both happen to be in the same areas."

The latest partnership meeting reiterated the need for the uptake of natural capital accounting on a global scale. Australia is among the first countries in the world to compile detailed water accounts. “Wealth Accounting is not an ideology,” said Michael Vardon of the Australian Bureau of Statistics. “It provides data vital for informed, sophisticated decision-making and policy analysis. During drought, this exercise provided the information needed to ensure water efficiency in Australia."

Other countries are taking this more seriously now: The UK has established a Natural Capital Committee that will advise the Government on how to integrate the value of natural capital in their national accounts.

The WAVES partnership include the United Nations Environment Program, the UN Development Program, and the UN Statistical Commission; the countries of Botswana, Colombia, Costa Rica, Madagascar, and the Philippines, which are implementing programs; as well as financial or other support from Australia, Canada, France, Japan, Norway, the United Kingdom, and several NGOS.

The partners want to take natural capital accounting beyond the SEEA-approved material resources, such as timber and minerals, to include ecosystem services and other natural resources that are not traded or marketed, and are therefore harder to measure. That includes the “regulating” services of ecosystems, such as forests for pollination and wetlands for reducing the impact of floods. So far, there are no internationally-agreed methodologies for such ecosystem valuation that goes beyond material resources. A Policy and Technical Experts Committee, working closely with the processes set up by the UN Statistical Commission, has been established to take this forward.

This year’s Rio+20 Conference in June will focus once again on the three pillars of sustainability – social, economic, and environmental. Experts working on this feel that with the SEEA getting approved, this idea can now be implemented in countries.

"Natural capital accounting straddles all three pillars of sustainable development,” said Barton-Dock. “By implementing natural capital accounting where we have internationally-agreed methods, countries can already start improving decision making around natural resource use. The next step will be to work together towards developing the methodology for valuing services provided by nature."