Within Botswana's largely arid climate, the Okavango Delta provides a unique wetland that is home to tremendous biodiversity. The Delta is central to Botswana's tourism sector, which makes up around 3% of the country's Gross Domestic Product.
(Photo: Jon McCormack)

By Dr. Kim Reuter, Technical Director of the Gaborone Declaration for Sustainability in Africa

Flying across northern South Africa and crossing the border towards Gaborone, it is striking how dry the earth looks from above. Vast areas of land, crisscrossed by the occasional dusty road, stand in strong contrast to the lush, dark green forests of Central Africa and the deep blue of Africa’s coasts. The color contrast, alone, highlights the scarcity of water in Southern Africa.

Fortunately, many of the countries belonging to the Gaborone Declaration for Sustainability in Africa (GDSA) have taken the issues of water sustainability to heart. A survey of seven countries – completed in 2016 together with the WAVES partnership – found that four countries had produced pilot water accounts, and a further two countries hoped to put together water accounts in the near future. Moreover, concerns about the sustainability of water quantity and quality, and a desire to plan appropriately to safeguard these resources, are raised regularly by member countries in conversations with the GDSA Secretariat.

The impact of water accounting in Botswana

In a country where the name of the currency (Pula) is the same as the local name for water, it is clear that Pula is important to the prosperity of Botswana in more ways than one. With assistance from the World Bank-led WAVES partnership, the Government of Botswana has constructed water accounts for 1993-2012. The objective of these accounts is to facilitate better management of scarce resources for improved economic growth, diversification, and poverty reduction. The results of the accounts, which help inform water scarcity and equity issues, are being incorporated into the National Development Plan 11. They were also used to guide a number of other policy and planning documents, including the raw water abstraction strategy project, the catchment management committees, the National Water Master Plan review, and the Botswana National Water Conservation and Water Demand Management Strategy. How these accounts have been mainstreamed into national decision-making is routinely held up as an example of how water accounting can provide information critical to water sustainability initiatives in Africa.

But natural capital accounting (NCA) is not just pertinent to water resources. Natural capital, which includes all of nature’s assets – geology, soil, air, water, and all living things – provides a wide range of services to people and is estimated to contribute to 36% of the total wealth of developing countries worldwide. Yet, many of the benefits we receive from nature and the impacts we have on nature remain hidden, and are often not taken into consideration when making decisions.

To address this, NCA aims to measure the stocks of natural resources (both renewable and non-renewable) and the flows of benefits they provide. More specifically, NCA seeks to capture and integrate the contribution of nature into the systems that the private and public sectors use to make decisions. 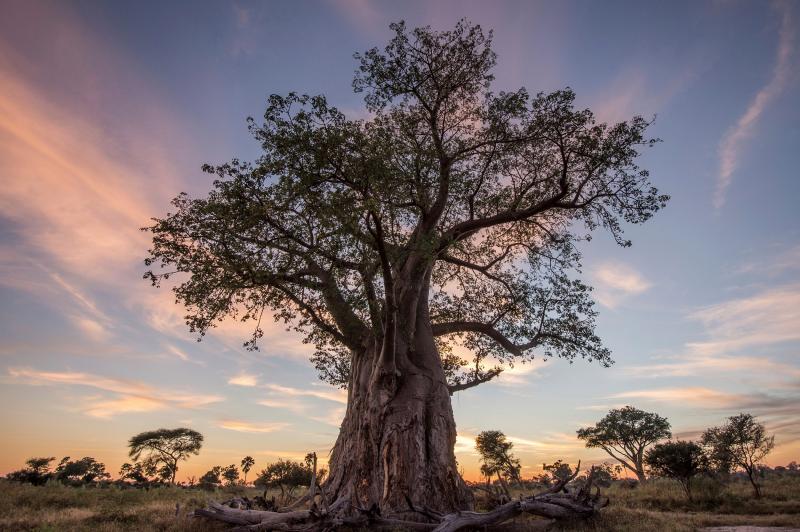 Photo: The Okavango Delta in Botswana, by Jon McCormack

Over the past few years, the number of NCA initiatives across Africa has dramatically increased. A recent survey of 49 countries in sub-Saharan Africa, conducted by the GDSA, found evidence of ongoing national-level work on NCA in at least 21 countries. These efforts are facilitated by a range of entities, including the United Nations Statistical Division, United Nations Environment, the World Bank-led WAVES partnership, the Deutsche Gesellschaft für Internationale Zusammenarbeit (GIZ), and Conservation International.

The future of natural capital accounting in Africa

In the future, the need to measure, value, and account for nature will only become greater – this is particularly true for Africa. For example, while the continent has contributed little to the causes of climate change, it will be increasingly hard hit as the climate begins to impact the availability and quality of freshwater, the spread of disease, the integrity of coastal ecosystems and settlements, and agricultural productivity. As a result, it is expected that there will be a dramatic reduction in the productivity of crops, livestock, and fisheries; this could cost Africa as much as US$50 billion a year.