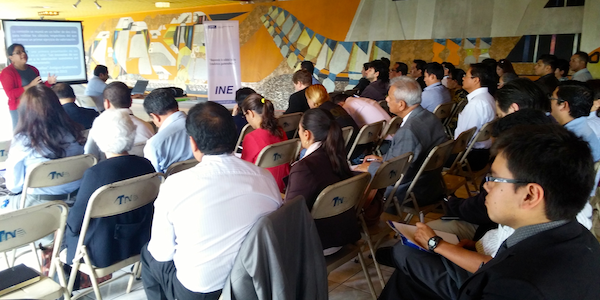 WAVES Guatemala was invited to share the initiative’s comprehensive approach at the first of two preparatory National Symposiums on Satellite Accounts organized by the National Institute of Statistics (INE) leading up to National Statistics Week, which will be held November 11-13, 2015.

The objective of the July 21st event was to share the progress and status of the satellite accounts in Guatemala, and was directed to experts in the public and private sectors. The audience learned about accounts for non-remunerated work, health, and tourism, and about plans to develop cultural and food security accounts. 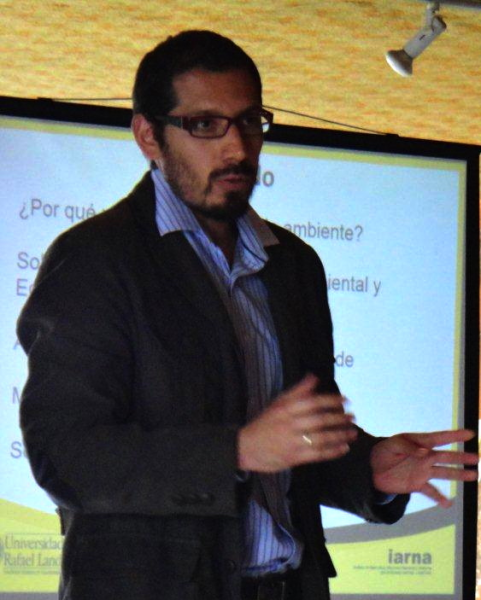 Carrera explained how accounts for forest, water, energy and emissions, subsoil assets, fisheries, land and ecosystems, and public environmental expenditures were developed using the SEEA framework for the period 2006-2010. In June 2014, work began on piloting agricultural accounts in Guatemala, making it the first WAVES country to undertake agriculture accounts to inform decisions on how to address pressing food security issues.

Carrera said the country is updating the ecosystems accounts with WAVES support and including the National Institute of Forests (INAB) and the National Commission of Protected Areas (CONAP).

“This is a very important step towards NCA institutionalization, since CONAP will lead the process,” said Carerra.

In March, WAVES Guatemala and the Institute of Agriculture, Natural Resources and Environment (IARNA), with cooperation from CONAP, organized a training workshop for a group of government experts to learn to build accounts and standardize the collection and presentation of official statistics.

The second part of Carrera’s presentation described how the accounts can and have informed local policy makers.

He used the example of the water accounts: after the first accounting effort, the findings led to more research for the metropolitan area because, in that region, the water demand puts a lot of pressure on its hydrological sources.

The geographic focus of the new accounting helped researchers to recommend, among other things, specific actions to address the economic sustainability of water.

The challenges in using the results of the accounts in policymaking were discussed during the second part of the Symposium.

Carrera presented the broad principles WAVES follows to implement NCA. He shared how the results of the initial scoping study were taken under consideration to develop a work plan that includes a communication and engagement strategy. As part of that plan, key stakeholders (public, private and civil society) and their level of knowledge about NCA and their influence in policymaking were identified in order to tailor messages to engage them to institutionalize natural capital accounting.

Other presentations at the symposium highlighted key data for the country. The Presidential Office for Women estimated that the non-remunerated work done by households represented 18.9 percent of the local GDP in 2011.

The Ministry of Health announced that Guatemala received the World Health Organization’s official certification for its health accounts, making the country a pioneer on this area.

The National Institute of Tourism presented information on the nutrition and cultural accounts, however the economic contribution of these sectors has not yet been measured.