Frank Hawkins of IUCN speaks with the WAVES team about natural capital as a theme at the World Conservation Congress.

The IUCN World Conservation Congress—the world’s largest environmental and nature conservation event—took place in Hawai’i, USA in September. Held every four years, the Congress was attended by more than 10,000 participants that included heads of state, high-ranking government officials, CEOs, representatives from indigenous groups, scientists, and educators from around the globe.

This year, there were over 10 sessions related to natural capital or ecosystem-services and a motion was passed with nearly full support to ‘Establish with urgency an inter-disciplinary and multi-sectoral working group’ on natural capital, which will ‘explore the conceptual and ethical underpinnings of natural capital approaches and related policies and their foundations in ecological, environmental, economic and social principles’.

The WAVES team spoke with Frank Hawkins, Director of IUCN’s office in Washington, D.C., to learn more about the natural capital motion, what’s next, and how natural capital approaches were received at the Congress. 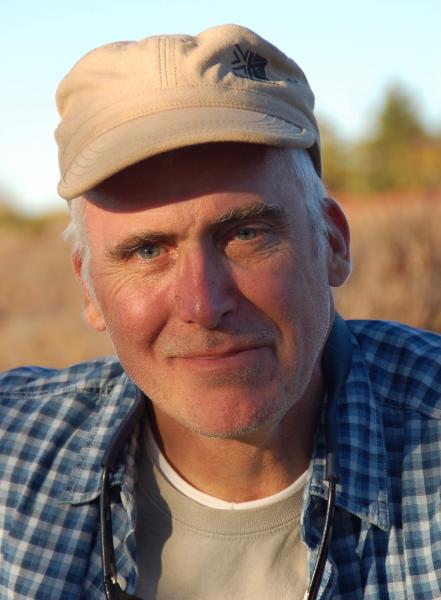 Was natural capital a prominent theme at this year’s Congress?

Natural capital was a very powerful underlying principle that ran through many different themes at the congress. There is now a general recognition of the importance of the approach, and this has arisen in part from awareness of natural capital through initiatives like WAVES, involving IUCN members.

It’s now clear throughout IUCN that in order to progress in making nature a part of the normal everyday business of the planet, you need to take a natural capital approach.

One example is the challenge of managing fisheries to deliver conservation and food production, a strong theme throughout the debate on oceans and marine resources. You need to take a natural capital approach in order to deliver those two results at the same time – managing the natural asset as capital to deliver a sustainable yield.

Can you provide more background on the natural capital motion and what it means?

The rationale for the motion comes from the varying perceptions and implications of a natural capital approach among IUCN members – partners, governments, and NGO’s. For instance, a concern for some IUCN members is that if you venture forth on the natural capital pathway you might end up commoditizing nature, buying and selling units of biodiversity that have a price attached to them, and that makes members nervous.

The (natural capital) motion is a way for IUCN to explore and make recommendations about the natural capital concept recognizing the concern of members to ensure that the “existence-value” of nature is recognized, but also integrating the value of the benefits that nature brings to people into our economic system.

What are the next steps now that the motion was approved?

The format that is envisaged is to develop a working group across the range of constituencies at IUCN and develop recommendations for action.

At the same time, we will look at concrete examples of work that has been done using a natural capital approach and explore the ethical and environmental issues that these examples raise,  in a real world context.

There is an important recognition that there are projects underway and lessons to be learned. The work of WAVES for instance is very well advanced and we can learn some useful lessons from you.

What is the role of the private and financial sectors?

This is the place where there is immediate traction available. We have a number of engagements with the private sector that are already yielding interesting lessons. The Natural Capital Protocol was recently launched, which provides tools to help businesses make better decisions by including natural capital, and has been widely endorsed by businesses and organizations, including IUCN.  At the Congress, the Coalition for Private Investment in Conservation (CPIC) was launched. The Coalition is exploring ways to use the immense power of the financial institutions to improve the ability of nature to sustain humanity, through generating direct investment returns.

If IUCN members don’t get involved in influencing how private finance flows, the private finance world and corporate world will find ways to get involved that don’t conserve natural capital but liquidate it for short-term profit. But if we can orient approaches so we are genuinely increasing the amount of natural capital, and not depleting it, you will increase the likelihood that humanity will be able to survive on the planet, because humanity depends on nature.