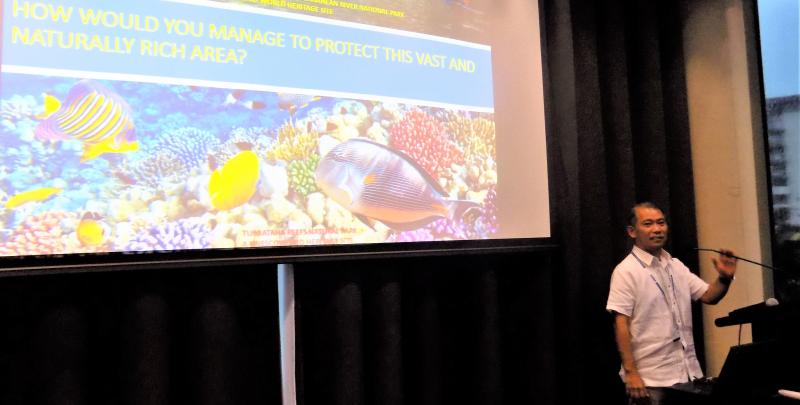 John Pontillas of the Palawan Council for Sustainble Development led a delegation from the Philippines at the 2017 Oceania Forum.

The WAVES Partnership was well represented at the Oceania Ecosystem Services Forum held on March 27-31, 2017 in Brisbane, Australia, making substantive contributions throughout the week. The work of WAVES in the Philippines was held up as a leading example of what can be done in the region with the development and application of accounting for natural capital and ecosystem services. 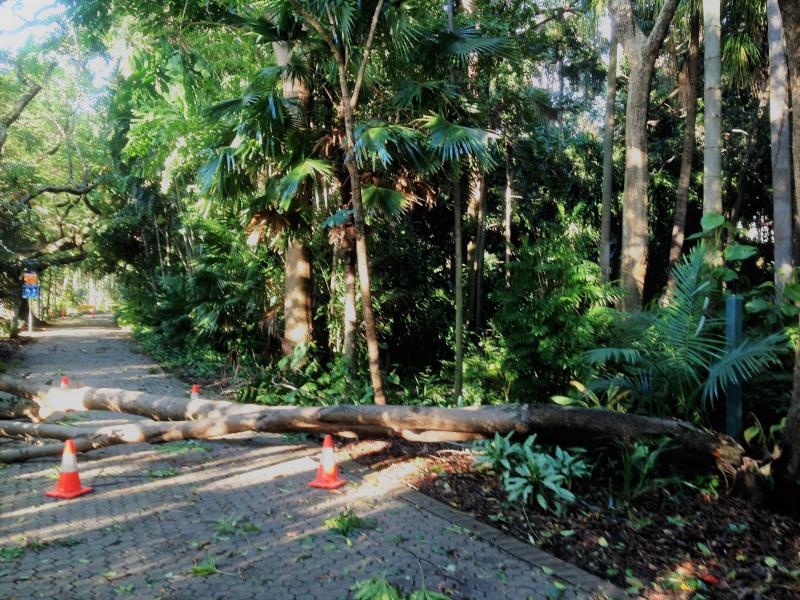 For the Pacific island nations facing the challenges of climate change, ‘WAVES’ is more than a clever acronym. The very real threat of climate change was brought home not only in numerous presentations at the Forum, but also quite literally when the tail-end of Cyclone Debbie hit Brisbane, causing widespread flooding and power loss, as well as shutting down roads and public transport. The Forum carried on regardless, with most participants staying at the event venue or nearby.

We were lucky in Brisbane, as homes and other buildings are solidly built and there is higher ground to move to for those affected by flooding. But on many Pacific Islands, wood and thatch buildings are easily swept away, and in some cases there is little higher ground. The powerful, award-winning documentary “There Once Was An Island: Te Henua e Noho,” which screened several times during in the Forum, showed residents of a small Polynesian Island facing the grim reality of living only a few metres above sea level and having to relocate as their island home becomes inundated. These are among the first of many climate change refugees.

Climate change was also identified during the WAVES Policy Forum in November 2017 as a key issue that could be addressed by natural capital accounting. While the details are yet to be fully explored, policy for climate change mitigation and adaptation could be assisted by applying the concepts of ecosystem services and the natural capital accounting framework provided by the System of Environmental-Economic Accounting Experimental Ecosystem Accounting (SEEA-EEA). Examples include the benefits of retaining mangroves for storm surge protection; estimating the impact of climate change on cultural and recreational services (and hence tourist income); or the most cost effective way to reduce greenhouse gas emissions.

With climate change providing an overarching theme for the Oceania Forum, participants discussed how to work together to address it using ecosystems services. This was done at a large number of sessions, town hall meetings and workshops involving academics, business governments, international organisations, and civil society organisations.

One of these workshops was organized jointly by WAVES, the Global Development Network (GDN) and the United Nations Economic and Social Commission for the Asia Pacific (UNESCAP), Pacific Office.This workshop kicked off the regional component of WAVES+ in the Pacific region. The workshop was attended by more than 30 participants from across the region, and was designed to share experiences, develop greater understanding and capacity of accounting, and work towards a regional strategy for the production and use of accounts. Work from Fiji, Samoa, Australia and the Philippines, along with the achievements and lessons from the “First 5” WAVES countries, was presented and discussed. Importantly, opportunities were identified for turning existing data into accounts, which could assist with the management of climate change or ocean resources (fish and minerals on or beneath the ocean floor). 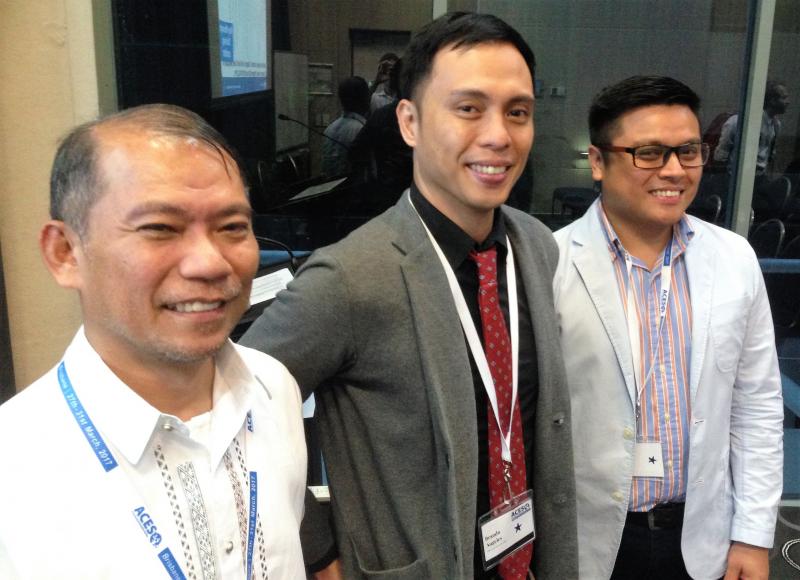 A key highlight of the Forum was the leadership shown by the Philippines WAVES team, led by John Pontillas from the Palawan Council for Sustainable Development, and also including Alvin Faraon and Brando Angeles from the Lake Laguna Development Authority. The team made four presentations in all, covering the results as well as the theoretical and practical issues associated with the production and use of the accounts. Participants from Pacific island nations were very interested in the Philippines’ experience, wanting to understand the results as well as how to create the capacity to develop and use the accounts. Hopefully the contacts established during the Forum will lead to the Philippines WAVES team to directly assist other nations in the region.

The Philippines’ standing at the cutting edge of accounting work in the region was highlighted by John Pontillas chairing one of the sessions on accounting. In his lively session, Pontillas stressed the need for cooperation between professions, data sharing between government agencies, and learning-by-doing during, especially for the account production.

Going forward, the possibilities for natural capital and ecosystems accounting in Oceania are promising. Several countries are already working on accounts and there is a good foundation of knowledge and understanding. The challenge is to connect the currently disparate activities across the region and to make the best use of existing resources while finding ways to attract more support. To help achieve this, the GDN - in continued collaboration with WAVES and UNESCAP - is developing a platform for exchanging ideas and developing projects suitable for funding.