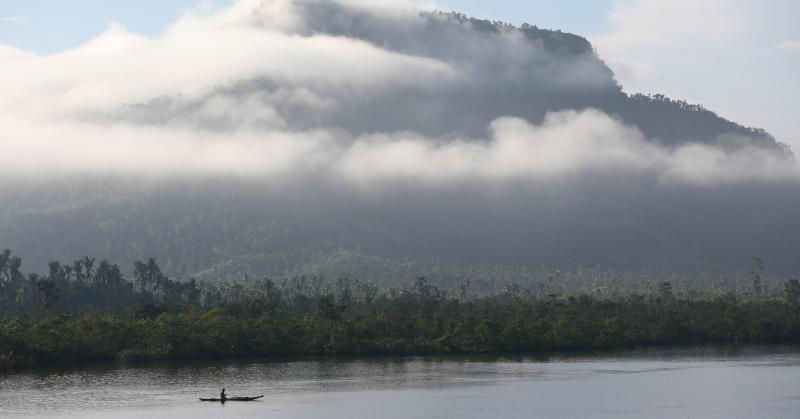 The Philippines is looking to natural capital accounting as one tool to help manage its wealth of natural resources. (Photo: Dominic Chavez/World Bank)

Natural capital accounting is more than an exercise in measuring environmental indicators like forest cover or water quality. It is specifically designed to shed light on the links between the environment and the economy in order to inform policymaking. But truly incorporating natural capital accounting (NCA) into the fabric of government institutions is neither quick nor easy. Rather, it’s often a slow and unglamorous process that requires dedication and hard work to change how bureaucracies operate.

The Philippines is one of several WAVES countries that has made significant progress in producing natural capital accounts, and is now focused on the institutionalization component. Following a knowledge exchange in February 2015 and a national conference on NCA in March 2017, a “Forum on Mainstreaming Environment and Natural Resources Accounting (ENRA) in Programs and Projects” was organized on April 23-24, 2018 by the Philippines’ Department of Environment and Natural Resources (DENR). The forum brought together 70 people – not only from six different DENR departments, but also from diverse agencies, including the National Economic and Development Authority (NEDA), the Laguna Lake Development Authority (LLDA), the Palawan Council for Sustainable Development (PCSD) and the Department of Agriculture's Bureau of Fisheries and Aquatic Resources.

“By the end of the Phil-WAVES project we had a lot of policy briefs; now we need policy action,” said Maya Gabriela Q. Villaluz, a senior environmental engineer for the World Bank in the Philippines. “This forum refreshed everyone’s mind and provided an update on what we are all doing, which was especially important due to the change in administration in the Philippines. Now we are really getting into the nitty-gritty of supporting NCA operations. A lot of things have been mainstreamed which no one thought were interesting before.”

For instance, forum participants discussed issues around data-sharing protocols, the need to build greater staff capacity, and the development of guidelines for standardizing accounting and valuation approaches. A notable milestone for the institutionalization of NCA is the restructuring of DENR’s budget in line with certain environmental objectives. 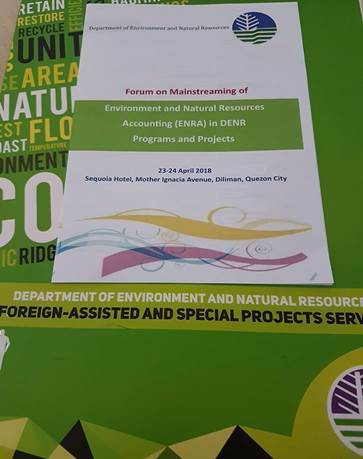 The forum was held in Quezon City on April 23-24, 2018, and brought together six units from the Department of Environment and Natural Resources, as well as a number of other government agencies interested in natural capital accounting.

“This budget allocation reflects an increasing appreciation and prioritization of NCA among a broader set of government actors,” said Maurice Rawlins, natural resource management specialist at the World Bank. “Effective inter-agency coordination requires a strong champion and sustained efforts, and I think the World Bank was a supportive driver of change in that regard.”

Another important investment is the ongoing training on the System of Environmental-Economic Accounts (SEEA) that the Philippines Statistics Agency (PSA) is providing to all staff members working in sectoral agencies like the DENR. “This has never been done before,” said Villaluz. “It could reach thousands of people. By the time the PSA is finished with the training in December 2018, the government will refer to SEEA like a regular household name; it is expected that everyone will know what ‘SEEA’ stands for.” 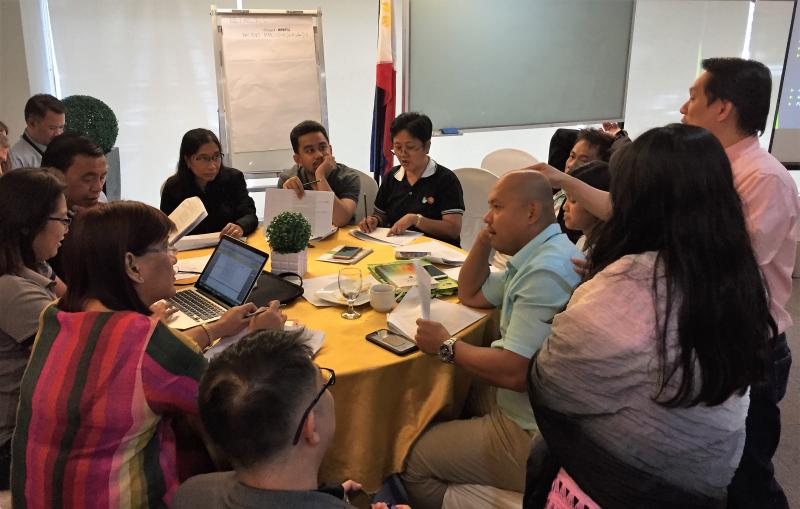 Even as these steps toward institutionalization are taking place, NCA partners in the Philippines are continuing to develop and refine several types of accounts. For instance, NEDA will carry on with the production of macroeconomic indicators, while the PSA and DENR will expand and improve the timber and land accounts for the CAR and CARAGA regions, as well as national mineral asset accounts for the entire country. In addition, DENR is committed to replicating the ecosystem accounts that were developed for Laguna Lake and Palawan, focusing on Region 6 (which includes the world-renowned Boracay, the island recently closed to tourists due to pollution challenges); Region 7 (Samar and Leyte); and Region 8 (Cebu and Bohol, which were devastated by Super Typhoon Haiyan in 2013).