WAVES Listens and Consults on Ecosystem Accounting in the Philippines 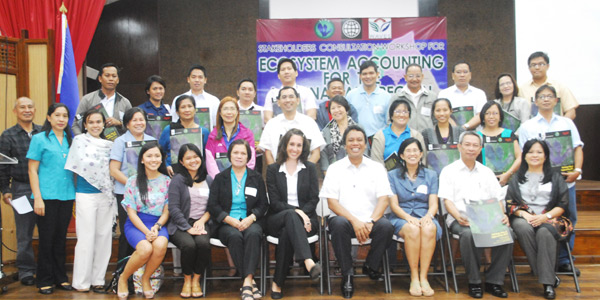 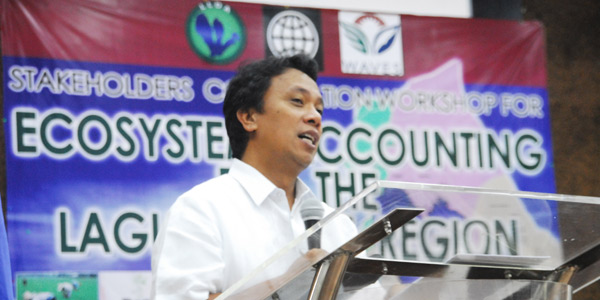 Laguna Lake Development Authority Secretary Nereus Acosta shares the strategic plans for the development of the Laguna Lake and how ecosystem accounts will provide evidence for better decisions on management of the lake. 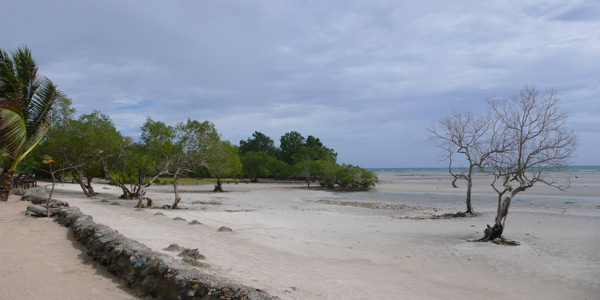 Southern Palawan, an area noted for its rich biodiversity and protected areas, is the second site chosen for ecosystem accounts. 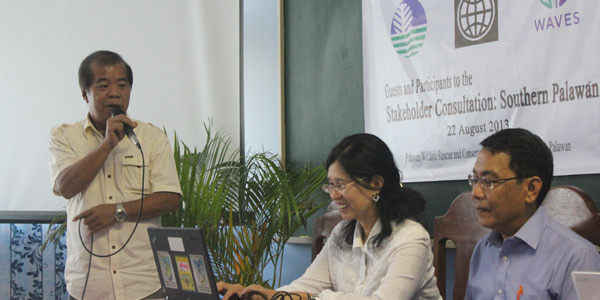 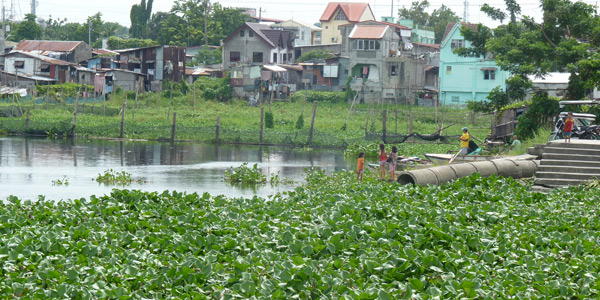 Laguna Lake a freshwater lake located south of Manila is dealing with competing land uses and overpopulation, and is one of the sites for constructing ecosystem accounts.
Prev Next

The Wealth Accounting and the Valuation of Ecosystems Services (WAVES) program got off to a strong start in the Philippines with well-attended public consultations and trainings. The Philippines has abundant natural resources and WAVES aims to ensure that natural resources are mainstreamed into development planning and the country’s economic accounts.

The Philippines is one of the five WAVES core implementing countries. The others are Botswana, Colombia, Costa Rica and Madagascar.

The WAVES Steering committee in the Philippines has chosen to work on constructing several accounts – minerals and possibly mangroves at the national level and ecosystem accounts for Southern Palawan region and the Laguna Lake Basin.

Ecosystem Accounts will analyze the trade-offs associated with different resource and ecosystem use scenarios. Public consultations are the first step in mapping out the issues from the perspective of different stakeholders.

Last August 2013, public consultations were hosted by the Department of Environment and Natural Resources (DENR) in Palawan. National government agencies including the Palawan Council for Sustainable Development (PCSD), representatives from the business sector, environmental NGOs and academe attended. The participants were briefed on WAVES and they in turn, shared their own experiences and insights on environmental conservation in Palawan.

“It is easy to take our natural resources like clean air for granted because we do not yet know how to account for it. With WAVES, we will have a scientific basis for the valuation of our natural resources that will help us plan for its judicious use,” said Edwin Domingo, Director of the DENR-Foreign Assisted Special Projects Office (FASPO).

Southern Palawan, an area noted for its rich biodiversity and protected areas, is one of the two sites for Phil-WAVES. The policy issues raised by participants included mineral extraction, conflicting and overlapping land claims among the different users and uses, and conversion of forests into industrial plantations for palm oil and rubber.

During the sessions, the PCSD shared that WAVES would complement previous studies done in Palawan such as the total economic valuation (TEV) of the mineral and bio-diversity rich Mt. Mantalingahan Mountain Range. Environmental NGOs welcomed WAVES as a global partnership that will use the System for Environmental-Economic Accounting (SEEA) as an internationally accepted accounting framework adopted by the UN Statistics Commission to account for the economic and non-economic benefits of the ecosystem.

Public consultations were also held for the stakeholders of the Laguna Lake Basin in Manila. Lying just south of the Philippine capital of Metro Manila, the 95,000-hectare freshwater lake hosts a variety of economic activities and is home to an aggregate population of close to 15 million people or one-fifth of the country’s population.

Competing and overlapping land uses and overpopulation, especially on the lake’s shore, are among the factors that have led to the degradation of the lake’s water quality and declining fish catch.

“We want to bring back the essence of Laguna Lake,” said Acosta who added that this is in line with President Benigno Simeon Aquino III’s overall platform of government reform. “We believe that the straight path on good governance advocated by the Aquino Administration is a green one.”

Part of the WAVES initiative is to create an ecosystem account for Laguna Lake; the findings from WAVES will provide evidence-based information that may be used by the LLDA to support the strategic development plan outlined by Acosta.

Following both public consultations, planning and training workshops on the basic concepts of ecosystem accounting were conducted in Manila. Michael Vardon, Special Advisor of the Australian Bureau of Statistics (ABS), gave a presentation outlining the basic concepts of environmental accounting. Torsten Bondo of the European Space Agency (ESA) introduced the concept of capturing images of the earth’s topography via satellite. The ESA will be providing assistance to the WAVES program by capturing geographical images of the Philippines taken from space satellites to aid in constructing ecosystem accounts.

WAVES supports the Philippine Development Plan (PDP) 2011-2016 and the National Climate Change Action Plan (NCCAP) which underscore the significance of resource accounting and valuation. It is hoped that the results of the ecosystem accounts in Southern Palawan and Laguna Lake will lead to the institutionalization of WAVES in government planning and decision-making to meet sustainability goals.