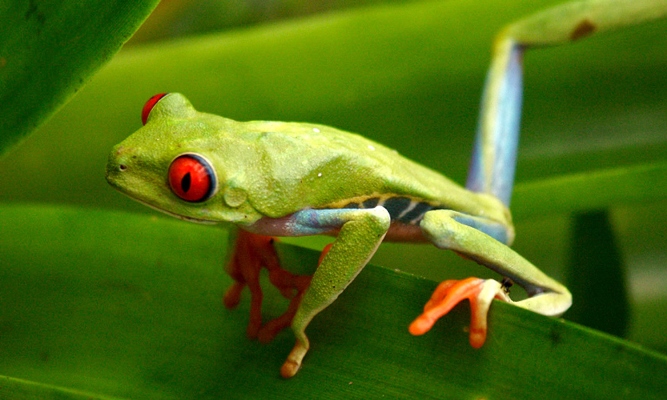 By Kenneth Bagstad, WAVES Sr. Environmental Specialist
The relationship between biodiversity and the economy has always been uneasy: the last century has ushered in not only tremendous industrialization and economic globalization, but also the Earth’s sixth period of mass extinction, with many signs pointing to human activity as the cause. Undoubtedly, we now have a much better understanding and appreciation of ecosystem services – that is, the benefits that nature provides to society and the economy – and we are more adept at incorporating these values into mainstream economic measurements. However, when it comes to the specific link between biodiversity and economics, building a constructive narrative and rigorous technical methods has been more challenging.
In February 2016, experts from the fields of biodiversity, economics and accounting met at a workshop hosted by the U.N. Environmental Program’s World Conservation Monitoring Centre (UNEP-WCMC) in Cambridge, U.K., to develop just these methods. Linking biodiversity to economic accounts faces two key challenges from the start.
First, the connection between biodiversity and ecosystem services is anything but uniform. For instance, scientists have shown that more diverse grassland ecosystems have greater productivity and cycling of matter and nutrients. And conservationists have long touted the importance of genetic diversity of forests, grasslands, and coral reefs for providing new medicines and keeping our agricultural crops healthy in the face of agricultural pests and climate change. But in many other cases, scientists are uncovering tradeoffs between biodiversity and ecosystem services. The trees that pull the most carbon dioxide from the atmosphere may be non-native species grown in plantations that are detrimental to the water supply and other locally important ecosystem services. And while native pollinators are critical to agriculture and the food supply, it’s a relatively small number of species that do most of the work in pollinating our crops. So while we know that biodiversity has inherent value, that’s not always evident when we simplify nature’s value into dollars and cents.

Second, many of the economic studies that have valued biodiversity do so by asking people what they are willing to pay to preserve species or habitats. While this method – called “contingent valuation” – is a useful way to understand how people value nature, it does not measure the “exchange value” that one would actually see traded in markets, which is a central requirement of economic valuation for nature’s inclusion in natural capital accounts.

Despite these challenges, the group gathered at UNEP-WCMC made substantial progress. They agreed that biodiversity accounts should include species diversity and abundance trends that directly feed into ecosystem services that people value, such as crop pollinators, wildlife viewed by tourists, and wild-caught fish and game. These species can be valued in biophysical and monetary terms, and declines or improvements in their population sizes can be tracked in the accounts, as can their importance to tourism, agriculture, fisheries, and other economic sectors. In addition, they endorsed the tracking of overall biodiversity, even when it is not possible to put a monetary value on that biodiversity. This includes measures of overall species richness and abundance of mammals, birds, amphibians, reptiles, plants, and other groups, and perhaps someday genetic diversity. Population trends for species that are restricted to a small range, termed “endemic species,” must also be tracked.
The recommendations of the group will soon be put to the test as countries like Uganda, Costa Rica, Colombia, and the Netherlands begin to build their first biodiversity accounts. Even more so than ecosystem services, biodiversity accounts walk a fine line between conveying the message that nature has economic value, and that it also carries its own intrinsic value – a right to exist independent of people and our economy. Yet for those looking to stem the tide of today’s global mass extinction, biodiversity accounts may provide another tool in showing why it is critical to chart an economic development course that slows and reverses our shared global biodiversity crisis.