Is Russia Rich or Wealthy?
Feature 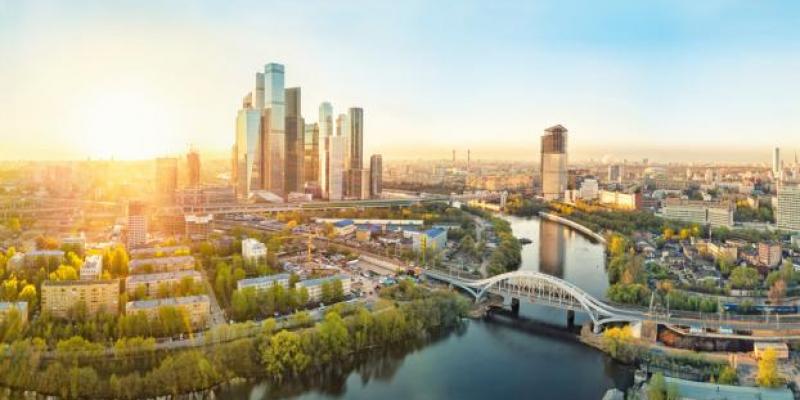 This article was originally published in Russian by Vedemosti (Russia)

By Apurva Sanghi, Lead economist for Russia, World Bank & Glenn-Marie Lange, Senior environmental economist, World Bank.
Which would you rather be: rich or wealthy? And what exactly is the difference?
Being rich is related to your regular paycheck: the monthly income you receive from your employer or your business. The fatter the paycheck, the richer you are. Being wealthy, on the other hand, is the value of all your assets: how much you have in savings in your bank account, your house, your car, and so on. The more of these assets you have, the wealthier you are.
Now you can be rich without being wealthy. But that will not be sustainable if you do not keep adding to your stock of assets. So, your economic well-being is a function of both your income and wealth.
What applies to you as an individual applies to a nation as well. Focusing only on national income, i.e. GDP, can be misleading. Wars or disasters increase GDP because reconstruction counts towards GDP, but this is in an accounting sense. Common-sense tell us they do not improve welfare of those affected. Yet policymakers and economists are obsessed with GDP. Perhaps it is because GDP is a relatively easy thing to measure. In our latest semi-annual report, we upgrade Russia’s growth numbers (1.2% for 2019, 1.6% and 1.8% for 2020 and 2021), which no doubt will generate much public attention but as mentioned above, can be misleading.  Changes in income need to be complemented with a measure that captures changes in wealth. But how do you measure the wealth of a nation – especially one as large and diverse as Russia?
Our report aims to answer the question: “How wealthy is Russia” by measuring, for the first time, the country’s wealth from 2000–2017.  The analysis comprehensively measures four types of assets:
The good news is that the typical Russian citizen was 1.8 times wealthier in 2017 than in 2000, with accumulated wealth of about 9 million rubles (or approximately US$ 153,000). The bad news is that this is only about a quarter of the wealth of a typical resident in member countries of the Organization for Economic Co-operation and Development (OECD).
Here is another question: which of the above four wealth components do you think comprises the largest share of overall wealth in Russia? It is not foreign capital; Russia simply does not own that many assets overseas. Is it natural capital? After all, Russia is blessed with abundant natural resources appropriately captured by the song in the famous 1936 Soviet film Circus: “Wide is my Motherland, Of her many forests, fields, and rivers!... From Moscow to the borders, From the southern mountains to the northern sea.” Or is it physical capital? From the shiny skyscrapers of Moscow to all the infrastructure spread around the world’s largest country -- this surely must add up to a lot?
Well, the answer is neither of the above: rather, it is human capital – the cumulative experience, knowledge and skills of Russians – that comprises almost half of all Russia’s wealth, only then followed by physical capital (about a third), and natural capital (about a fifth). However, in comparison, the wealth composition of OECD countries on average is 70 percent human capital, 28 percent produced capital, 3 percent natural capital, and minus 1 percent net foreign assets (Figure 1).

Here again, there is good news and bad news. The good news is that during 2000–2017, Russia’s per capita human capital grew massively at 80 percent, dwarfing growth in OECD countries and other commodity exporters. The bad news is that average annual growth has slowed from 4.7 percent in the 2000–2010 period to 1.8 percent during 2010–2017. Indeed, at this slower rate of 1.8 percent, it would take Russia almost 100 years to catch up with the OECD average. For Russia to grow wealthier, the policy focus is clear: increase both the returns to and share of human capital wealth.
Increasing returns to human capital, especially in education, ranges from improving the quality of vocational and college education throughout Russia’s regions to improving the 3 Cs of softer skills of Russian students: creativity, collaboration, and communication. One puzzle is why Russia’s human capital proportion of its total wealth (46 percent), is significantly lower than OECD’s (70 percent). After all, Russia’s education performance appears to be even better than the OECD’s in certain areas. For example, the proportion of the labor force with university degrees is higher in Russia than the OECD. And the quality of education as measured by certain global standardized tests is on par with the OECD. One possible explanation is that Russians are simply not earning adequate returns on their education.
Increasing the share of human capital would require a decrease in the share of something else. A good candidate for Russia would be natural capital; specifically, oil and gas related assets, which remain a significant part of Russia’s wealth. Russia’s large share of carbon-based wealth faces increased risk due to future price uncertainty and large-scale attempts at global decarbonization. Additionally, better managing Russia’s forests is an immediate priority and can also enhance Russia’s role as an “ecological donor” to the planet. As a rough estimate, Russia's forests provide annual absorption of about 640 million tons of CO2 equivalent or around 30,000 billion rubles (over US$ 500 billion) over their lifetime.
After all, nothing lasts forever, so this abundance needs to be sustainably managed if Russia is indeed to be more than just a rich tale. Otherwise pursuing riches without building wealth would be a bit like building mansions on a foundation of sand.
Country:
Russia
Source:
Is Russia Rich or Wealthy?
Tags:
economics

Assessment of Biodiversity Measurement Approaches for Businesses and Financial Institutions

Mainstreaming Nature and the Road to Kunming

The World Bank Group is supporting the development of the Framework through an...