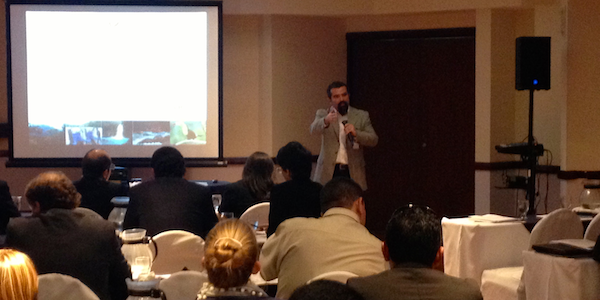 A regional workshop for Latin America on natural capital accounting (NCA) and water accounts was held in Costa Rica December 17-19, 2014.

This large event, the first of its type in the region, was co-organized by the Wealth Accounting and Valuation of Ecosystem Services partnership (WAVES) and Costa Rica’s Central Bank (BCCR). It brought together nearly 40 participants from the three WAVES core implementing countries in Latin America (Colombia, Costa Rica, and Guatemala), and other WAVES partner countries in Latin America (Brazil, Chile, Ecuador, Mexico, Peru and Uruguay) as well as the United Nations Economic Commission for Latin America and the Caribbean (ECLAC).

Costa Rica’s Minister of the Environment and Energy, Edgar Gutiérrez, opened the event and highlighted the effectiveness of NCA as a tool to promote an inclusive model of economic growth that generates employment and environmental sustainability. He remarked the workshop was a great opportunity to exchange experiences to face the challenges of conducting natural capital accounting in the region.

“Costa Rica’s Government gives full institutional support to the WAVES initiative and the achievement of its objectives,” said Gutiérrez in his opening remarks.

The objectives of the event were to gather experts on NCA from the region to present the progress and efforts made in each country, to discuss ways to strengthen and broaden those efforts, and to examine water accounts and their role in influencing development policy throughout the region.

The workshop was divided into two parts: the first day focused on the application of NCA and building a regional Community of Practice (CoP). The remainder of the workshop focused on going beyond theory to practice in the building of water accounts.

Developing a CoP in Latin America

To achieve the first objective, experts, including World Bank Lead Economist Carter Brandon, presented on the many uses, experiences, implementations, applications, users, and stakeholders of NCA globally, and the link between NCA and World Bank operations.

As a follow-up to the workshop, a roadmap for a Latin American CoP will be developed in the next few months. The WAVES secretariat will guide this work over the next six months in consultation with the countries. Implementation will begin in FY2016 (from July 2015 to June 2016).

By the end of the first day, it became clear that Latin America has enough valuable information on NCA to start what is called a “South-South” learning exchange, that can allow local governments to incorporate their neighbors’ experiences and lessons learned, and improve previous practices. Participants applauded the initiative and provided generous input on how the CoP might work and be useful.

Building and Applications of Water Accounts

The following two days of the workshop were dedicated to the technical aspects of water accounts, how they can help define development policy in the region, and South-South learning. Seven countries and the United Nations Economic Commission for Latin America and the Caribbean (ECLAC) shared their experiences and research: 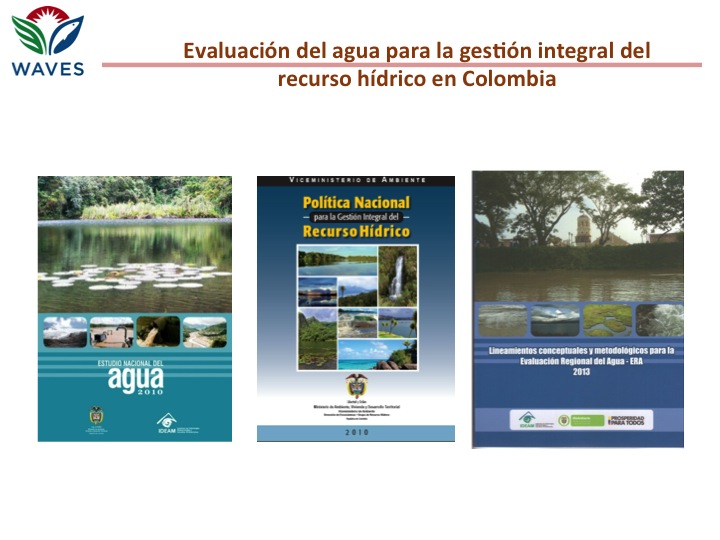 Ricardo Martínez-Lagunes, an international expert on NCA based in Mexico, guided the participants through hands-on exercises to practice how to develop water accounts, create indicators resulting from them, and how to use the data to build future scenarios.

Martínez-Lagunes also discussed the need to build a common language around water accounts in order to bring together practitioners that range from hydrologists to economists. This exercise also confirmed the usefulness of  “South-South” cooperation.