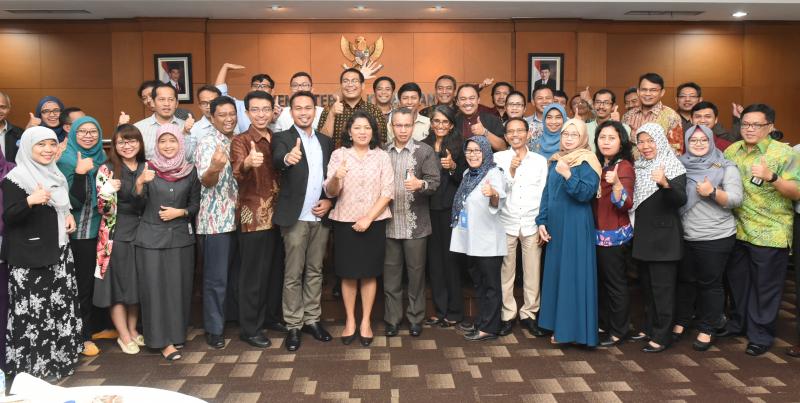 Participants in the first WAVES South-South Knowledge Exchange in Indonesia
In order to build a better understanding of the System of Environmental-Economic Accounts (SEEA) – the international standard for statistics on the environment and the economy – Indonesia held the first WAVES South-South Knowledge Exchange. Organized by WAVES-Indonesia and the Ministry of Finance of the Republic of Indonesia, the two-day event took place on 8 – 9 December 2016, at the Directorate General of State Assets Management (DJKN) Building at the Ministry of Finance. The meeting focused on “Mineral Valuation and Uses of Natural Capital Accounts in National Reporting.” 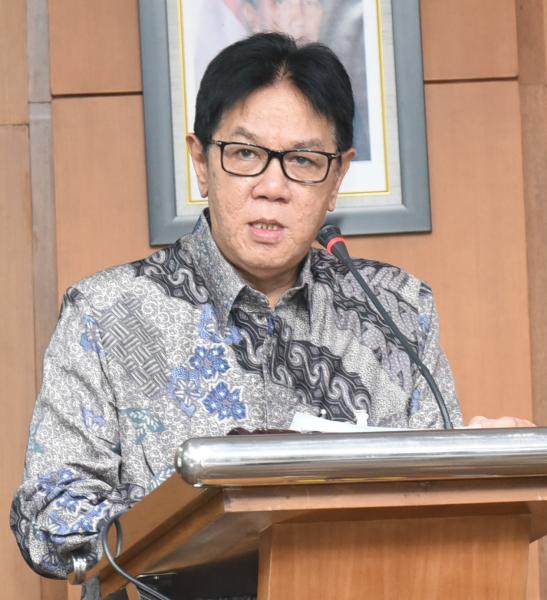 In his opening remarks, Sonny Loho, Director General of State Assets Management at the Ministry of Finance, noted that Indonesia has a wealth of natural resources that is not well understood. “When we say that Indonesia is rich, the question is, ‘how rich?’ Geographically, Indonesia is a huge archipelagic country,” he said. Indeed, the country’s extensive range of more than 17,000 islands present vast opportunities to applying natural capital accounting methods to inform policy.

To learn from a range of country experiences, the Knowledge Exchange brought together about 60 participants from Indonesia, Australia, Botswana, and the Philippines.

Peter Meadows, Assistant Director at the Australian Bureau of Statistics, explained the history of SEEA and how it was being implemented in his country. Meadows also described how the accounting framework could be linked to economic, social, and environmental data, which has proven to be useful for economic statistics and for deriving economic indicators.

From WAVES-Botswana, participants learned that governments cannot rely on minerals alone, which soon become depleted. Portia Segomelo and Dr. Gometsang Tshoso described how Botswana had previously been a mineral-led country, but over the past two years the biggest contributors to its GDP had become tourism and trade. Botswana’s Government had realized that they needed other natural resources to support the country’s economy. Their experience emphasized the urgency for countries to implement natural capital accounting that not only covers minerals, but also land and soil, water, forestry, fisheries, and others resources.

The presence of participants from various ministries and government agencies – Indonesia, for instance, had representatives from the Ministry of Finance, the Statistics Agency (BPS), and the Ministry of Energy and Mineral Resources - emphasized the need for better collaboration and communication in producing natural capital accounts. 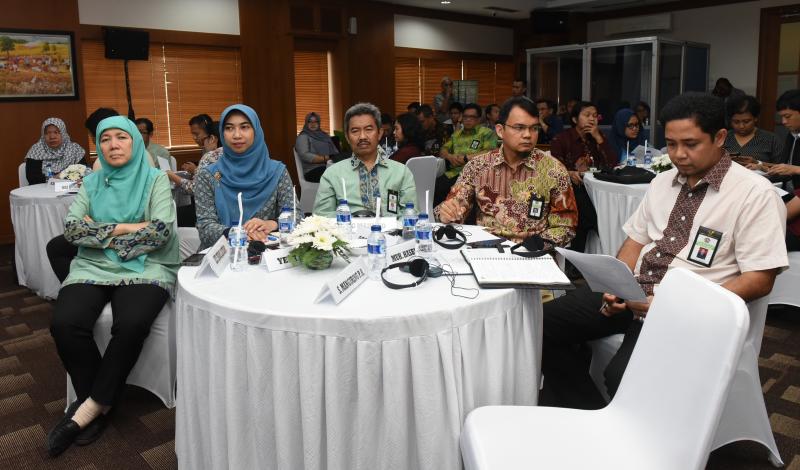 Muhammad Nahdi from the Directorate General of State Assets Management, Ministry of Finance, admitted that one of the challenges faced by the Government with respect to mineral valuation is a communication barrier between teams.

Fulleros described how, in the Philippines, the issue of inter-agency coordination was addressed by creating an Inter-Agency Committee on Environment and Natural Resources Statistics (IACENRS), which discusses not only mineral accounts but all environmental statistics and environmental accounts. The IACENRS then established technical working groups for each type of account, consisting of experts on individual sectors who can easily share data.

Fulleros noted, “Data transparency between ministries and agencies, and open communication between them related to minerals and other natural resources, will help to accelerate the implementation of the SEEA in Indonesia.”

Etjih Tasriah of BPS agreed that collaboration is a crucial part of the implementation of natural capital accounting in Indonesia. BPS has been implementing natural capital accounts for decades through the System of Integrated Environment and Economic Accounts (SISNERLING), which is based on the 1993 SEEA standard. BPS is now in the process of updating the SISNERLING to the current 2012 SEEA standard. According to Tasriah, starting from 2015, BPS has gradually included asset accounting for energy, minerals and timber resources in their SISNERLING, and in 2016 began to experimentally develop physical asset accounts for land in Sumatra, and EPEA/EGSS in-depth studies in 17 provinces.