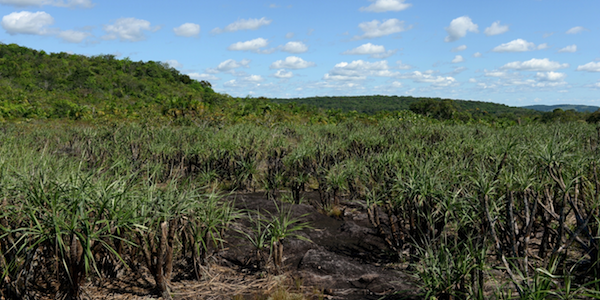 In the Orinoquian region, 90 percent of ecosystems are at risk. 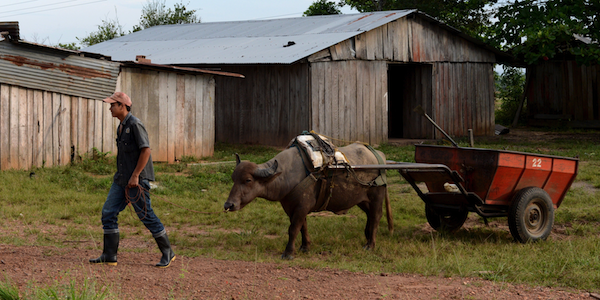 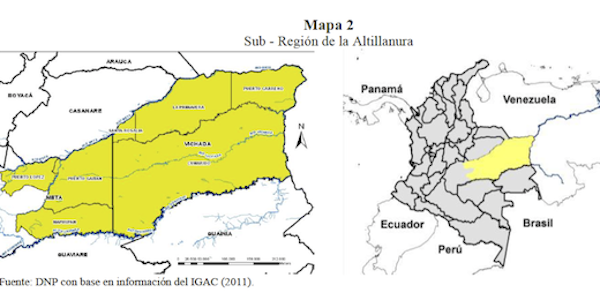 The Orinoquia is one of the most important regions in eastern Colombia. 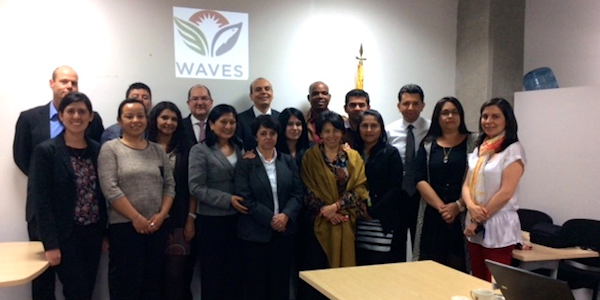 A workshop on on ecosystem accounting in August 2015 brought together 18 participants from various governmental agencies to study methodologies for the construction of the accounts. 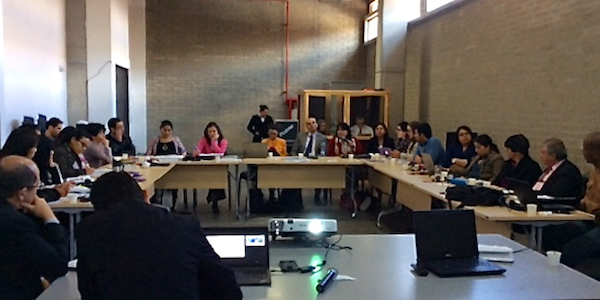 Workshop participants reached a consensus on a work plan that involves three main activities.
Prev Next

The Orinoquia is one of the most important regions in eastern Colombia, with its gas reserves, oil, mineral resources and agriculture contributing 8 percent to GDP. This has prompted interest from the government, private industry and foreign investors but also raised concerns with environmental experts — some say a significant percentage of ecosystems are threatened.

Additionally, this region has 140 indigenous reserves (1), some of them in danger of extinction; and is affected by social and economic inequity.
There is a strong commitment from the national government to develop the Orinoquia. In fact, a regional strategy within the National Development Plan makes explicit that environment, agribusiness and human capital are the real triggers of growth and welfare for the region.
The region accounts for approximately 28 percent of the country’s water stocks, pointing to the hydrological and environmental potential of the region. Despite this, the ecosystem is threatened by climate change and land use conflicts. Additionally, 51 percent of people in the region use firewood for cooking, which contributes to public health and deforestation. (2)
As a result, the Technical Committee of the Wealth Accounting and the Valuation of Ecosystem Services (WAVES) in Colombia and other government representatives recently decided to proceed with developing the Orinoquian ecosystem accounts.
According to Nelson Omar Vargas, the hydrology subdirector of the Institute of Hydrology, Meteorology and Environmental Studies (IDEAM), “We were right (to decide to work in the Orinoquia region) because it is where we can best conduct a pilot project to provide results for regional decision making.” These accounts, he said, will allow the quantification of the economic value of ecosystems after analyzing some ecosystem services flow in physical terms.
Vargas pointed to the fact that the Orinoquia region is a source of food security, is rich in minerals and fossil fuels, but is facing challenges of high population growth and economic activity.

Natural capital accounts are “a tool that could provide insight around flows of energy and matter in natural cycles. The accounts could be combined with other models to verify the validity of certain information, allowing for an in-depth analysis and informing regional plans for sustainable development," said Vargas.

The decision to go forward with the accounts was made at a workshop on ecosystem accounting co-organized by WAVES that took place in Bogotá in August 2015. It brought together 18 participants from various governmental agencies to study methodologies for the construction of the accounts, including representatives from the National Planning Department (DNP), National Administrative Department of Statistics (DANE), Institute of Hydrology, Meteorology and Environmental Studies (IDEAM), Ministry of Environment and Sustainable Development (MADS), the Amazonian Institute of scientific research (SINCHI), Research Institute of the Pacific (IIAP), and members of the WAVES Colombia team and the World Bank.
The work plan for the development of the accounts includes three main activities:
In addition to developing an ecosystem account, Colombia has released a land assets account, and a national forest account, which show reduced forest and natural areas caused by expanding agriculture, mining, and livestock rearing. They also reveal that 80% of available timber is contained in natural forests.
WAVES in Colombia is also developing accounts for the pilot watersheds of Tota Lake and the Chinchiná River.
(1) CONPES document 3797. Desarrollo integral de la Orinoquia, page 9.
(2) Bases del Plan Nacional del Desarrollo 2014-2018. Todos por un nuevo país: Paz, Equidad y Educación. Departamento Nacional de Planeación.